A "Bocchandere" refers to a character who is related to the yakuza or mafia somehow, making them usually act superior to others and bossy, even sometimes threatening until they find someone they will want to protect at all costs.

Bocchandere comes from the words "bocchan" (坊ちゃん), a nickname used by servants to refer to their young masters, and "deredere" (デレデレ), meaning "lovey dovey".

They are characters who have some connection to the yakuza, mafia, or are even the one in charge. They are usually spoiled people who seem to think that they are better than anyone. They are cold and heartless at first until they find someone they care about.

Normally, they will try to get this person away from them, so that they are not injured or become the focus of attention from enemies due to their position. Bocchandere characters seem to be innocent and defenseless. But if the person they care about is in danger, they will do everything in their power to save them. They will use all the resources at their disposal and send all the personal they have with the purpose of punishing all those responsible. 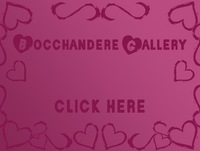