The Dere Types Wiki
Register
Don't have an account?
Sign In
Advertisement
in: Dere, Main Dere Types, Kind,
and 2 more

Not to be confused with "Kuudere" or "Hajidere".

A "Dandere" is a character who has an anxious personality. They are quiet, timid and asocial. They are afraid to talk, fearing that what they say will get them in trouble.

Dandere characters will normally be quiet and silent, possibly to the point of coming across as emotionless at times. However, they will suddenly become talkative and sweet when alone with the right person if they are comfortable enough to pour their heart out, revealing that they're actually just shy.

The “dan” in dandere comes from the Japanese word “danmari” (り) meaning "silence", and the "dere" comes from "deredere" (デレデレ), which means "lovey dovey".

The word danmari comes from the verb damaru 黙る which means "to stay quiet."

The word damaru can be turned into an imperative by adding nasai to it. It is used and heard a lot of times in anime like this:

The word dandere is exceptionally rare in Japanese despite being extremely common in English. The reason for this uncommon word being used for the dere type is unknown.

In some dictionaries, dandere is also defined as the combination of dandyi ダンヂィ, "dandy," plus "dere". However, it's very likely that this doesn't have a relation with the origin of the word, due to it not being the meaning used in the west, and dandere being rarely used in Japan too.

A dandere will more or less act like a normal person, but will not talk unless spoken or required to. They will avoid talking because of their shyness, but if they need to, they will speak, sometimes with some difficulty or embarrassment.

The difference between a dandere and a kuudere is that a dandere character may be nervous or shy inside (not calm), which cause them to not want to talk too much with people because of their insecurity, while a kuudere character can speak while retaining their serenity (are calm) but will prefer to stay silent or will think that speaking is unnecessary. In other words, any dandere character will be flustered if prompted to speak, unlike kuudere characters who have no problem responding if necessary. Furthermore, both of these dere types distance themselves from others for different reasons, making them mostly lack true friendships with others as a hermit or a hikikomori (someone with acute social withdrawal,) in society.

A dandere character feels very sensitive to criticism from others and they feel inferior, even if they desire true friendships or romance with others. On the contrary, a kuudere character thinks that there is nothing wrong with not having any relationships with others and they'd rather be completely alone, due to being completely shunned by society.

The difference between a dandere and a hajidere is that dandere characters are shy and quiet in front of people they don't know. Hajidere types are only shy towards a certain person, who is normally their love interest.

The difference between a dandere and a bokodere is that dandere characters can get really nervous and will try to hide from others when embarrassed, while a bokodere will become more aggressive when someone makes them blush, similar to "Tsundere" characters.

A "Danredere" is a dandere who also has a deredere side. 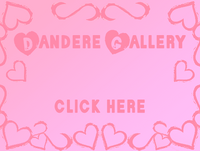