Not to be confused with "Nyandere".

"Inudere" or "Wandere" [1] is a term for a character who is dog-related or is obsessed with them to point where they start to act like one.

Wandere (ワンデレ) is a compound of "wan wan" (ワンワン), which is a Japanese onomatopoeia for a dog sound, and "deredere" (デレデレ), which means "lovey dovey". In other words, "wan" in Japanese means "woof", the sound a dog makes.

The first official use of the term “inudere” was in the Japanese web novel “やたらとペットの犬(※ コーギー)に張り合ってデレてくる幼馴染の紗雪さん,” or “Sayuki, the Childhood Friend who Competes with a Pet Corgi.” The corgi is referred to as an inudere in the novel. The author also uses inudere as an abbreviated version of the title for the novel.

Inudere was used prior to the novel’s release on the Japanese side of social media, with evidence of it being used back in 2013. [2]

Inudere characters are characters that act like dogs, some even being Inumimi, or part human and part dog. When attempting to express their love, they may try to “wag” a part of their body, such as their hair if they don't have a tail. They will also tend to add “wan” in their sentences.

Inudere characters are usually energetic, or at least generally happy. They may also be depicted as being somewhat dense or single-minded. Those traits may be their default personality, or they may only act excited or airheaded when they are showing their dere side.

Inudere characters are commonly depicted as having a bit appetite. They can eat a lot of food in one sitting and are almost always hungry. They are usually loyal to their love interest, like a dog with their master. 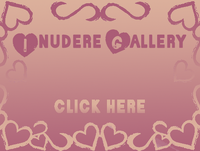