A "Kamidere" refers to a character with a god complex, making them self-centered and arrogant towards those they see as inferior to them and who are not deserving of their time.

They will demand to be treated like the perfect being they think they are by others, included those they like.

Kamidere characters believe that they are a god or a superior being. They feel that they are in a higher position, compared to others, even if they aren't actually a deity and are just humans or of the same species as the other characters. They are also highly arrogant and proud, and aren’t afraid to speak their minds and show everyone how right they are. [2]

They are considered an extreme version of himedere and oujidere characters. They believe that they are the most perfect and infallible beings, and think they should get special attention and priority. Their pride makes them highly arrogant, overconfident and stubborn.

Kamidere characters think that they are better than everyone and that they are always right. If they don't share the same species or position as the protagonists or other characters, they will also act like these groups are inferior to them, and in extreme cases, will mass-exterminate them. They will be even more arrogant and proud if they are an actual deity and the other characters are not.

Those who act like gods but are not deities usually live in their own fantasy world where they see themselves as the most powerful creature, which can confuse the other characters.

There are different types of kamidere characters. The sweetest and more "dere" version of kamidere will show a somewhat prideful personality, thinking they are amazing, powerful, and admired by others. At the same time, they will show respect towards other characters and beings. It is very likely that this type of kamidere actually has the wrong idea of their true power or the real view of others towards them, usually shown in a comical way.

Another type of kamidere acts lordly, pridefully, selfishly, arrogantly, over-confidently, and oftentimes, narcissistic, like the regular kamidere. But, the difference is that this type of kamidere actually knows they’re not a god, but acts superior somehow or wants others to treat them like that anyway.

Some of these characters can also want to become mighty and powerful gods because they see themselves worthy of it. It's because of this that a great amount of kamidere characters can be villains or antagonists, but not all of them have to be.

Sometimes this is just an act; where the character is afraid to show their true personality. Therefore, the kamidere will eventually show their more "dere" side when their ”kami“ exterior is broken.

"Chuunibyou" is a term for a character who has delusions of grandeur.

Chuunibyou (中二病) means “second year syndrome”, which is the typical time when these delusions manifest. It often changed to “eighth grade syndrome” in English translations.

Chuunibyou characters are characters who want to stand out so badly that they develop delusions.

DQN types of Chuunibyou characters pretend that they are delinquents. They will make up stories about being in a gang, beating people up, or drinking and smoking, even though they are clearly too cowardly to partake in those sorts of activities.

Subcultural types of Chuunibyou reject mainstream cultures. They think that liking obscure things makes them cooler than everyone else, even though they often don’t even research the culture that they claim to be a part of and make a fool of themselves.

Evil Eye types of Chuunibyou, the most popular type in Japanese media, are characters who believe that they have supernatural abilities of some sort. They make exaggerated poses and long speeches about their so-called abilities in order to look cooler, but they just end up looking lame. These Chuunibyou characters often believe that they are the protagonist of a story, their delusions often being inspired by their favorite piece of media. Another common belief among Chuunibyou characters is that they are the reincarnation of a deity or hero from long ago, since it explains why they can’t actually use their powers.

Characters who have moved on from acting Chuunibyou openly cringe at their past self, embarrassed by their previous delusions.

Chuunibyou can also be considered a variation of "Onidere". 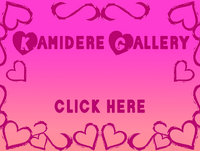