"Kiredere" is a term for a character who acts rude and harsh towards their love interest in hopes that they will better themselves.

Kiredere characters don’t act harshly towards their love interest out of arrogance like a himedere, kamidere, or a kitikudere might, nor out of malice or playfulness like a sadodere or hiyakasudere. Rather, they do it to be kind, even if it doesn’t come across very well.

Kiredere characters can be considered to be a type of tsundere that have an excess of both "tsun"' and "dere". 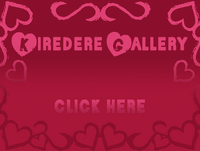