A "Kitikudere", also known as "Thugdere" (サグデレ) in some media, is someone who acts as a bully and often mistreats others and their love interest, harming them physically or emotionally to hide their true feelings.

They are characters who usually mistreat other people including their love interest, either physically or emotionally harming them. However, they can also be quite affectionate in certain situations, with some people, or after getting used to the other person. This brutality is often a way they hide their sweet, caring, and loving side. They might even think their sweet side makes them look weak or foolish and this way they can prevent getting hurt by hurting others instead.

Kitikudere characters are more rude than tsundere and usually use a lot of curse words or insults. The kitikudere may simultaneously use violence towards people as well. Unlike a yandere, they are less calculating and don't do violence because of their love, unless completely necessary. They will not reach the point of killing anyone, at least not innocent people and loved ones.

Unlike sadodere or hiyakasudere, they will only harm or make fun of others to appear stronger and dangerous in front of other people, not because they actually enjoy the pain they can do, but rather to hide their true personality so other people will fear them. In the same way, they will never do so much harm that it will greatly affect those they appreciate, and they may feel bad if this happens accidentally.

Being mostly bullies, it's very likely that either they are always alone, or that they are in a group with other bullies like them. Sometimes they're even the leader of a gang. It's also possible that some kitikudere characters are involved in dangerous situations in their life with something that can bring problems to those around them too. So, they decide to mistreat anyone who tries to get close to them to protect their love interest from themselves. This is especially true with those they really love, which can make them feel really bad every time -- even if they hide it. Even if it hurts the kitikudere, they will continue to make others fear them so that everyone will end up hating them on purpose and avoid them. This prevents said people from being the focus of attention of those who really want to harm the kitikudere and people related to them.

Over time, they will realize that violence is not the only solution. This is often thanks to other characters and their love interest, who will help them manage to see their true self, making them less and less aggressive. This can reach the point of the kitikudere trying not to use violence so often or only jokingly insulting their loved ones, similar to hiyakasudere. That's why it's possible for some kitikudere characters to turn into a hiyakasudere or tsundere with some time and tender loving care.

"Sukeban" is a term for a female character who is a delinquent. The male equivalent is called Banchou.

Sukeban characters act like or are delinquents, some even being the boss in a gang. They will act tough, use swear words, and hold weapons to give others a "bad girl" impression. Many Sukeban characters will modify their body to look more "cool" and "dangerous", such as dyeing their hair bright colors or shaving it off, getting piercings, or getting tattoos. They will modify their clothes as well, such as ripping holes in them for the aesthetic. This extends to their school uniforms as well, many Sukeban characters doing things like lengthening their skirts, wearing tennis shoes, and wearing colorful socks. They are also known to wear surgical masks.

Sukeban characters will not be afraid to do illegal things. They may engage in activities such as stimulant use, shoplifting, theft, prostitution, and violence. Unsurprisingly, these characters have a very bad reputation at school, as they will threaten and bully other students if they get too close to them.

Sukeban characters follow strict rules in their gangs, being punished physically if they disobeyed. 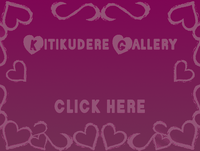