A "Megadere" is obsessed with their love interest in a fangirl/fanboy fashion and won't be afraid to show their interest towards them.

The real meaning of the word is unknown, but it probably comes from the Japanese word megane (眼鏡/めがね) meaning "glasses", and deredere (デレデレ) which means "lovey-dovey". This could be a reference to "heart eyes," or having rose colored glasses, or stars in their eyes, or how they are blinded by their emotions, seeing their love interest as perfect no matter what.

There's also a possibility that the word "mega" from megadere comes from the English word "mega", which means big or huge. So when combined with "dere", a megadere would mean "big/huge/very lovey-dovey" or a huge fangirl/fanboy.

Megadere characters are a more extreme case of deredere. They will not be afraid to show their interest and admiration for their love interest, because just by seeing them or thinking about them, they will show their lovey-dovey side in an exaggerated way. So their crush towards someone will be obvious for others characters, and in some cases, even the love interest.

They will do their best to get the attention of the person they like or want to spend more time with. If they are more open, they will even perform affectionate acts, such as hugging them or following them around. Their reactions in front of them will be so exaggerated that there will be a lot of occasions where the megadere is depicted with hearts around them, heart eyes, dreamy pink backgrounds, and especially expressions of infatuation.

They see their love interest as absolute perfection, and dating them would be a dream come true for the megadere. Many times these characters will also imagine a future with their crush, thinking about their wedding, similar to kekkondere, and their family life with children of their own.

They can be viewed as either a sweet and loyal version of a yandere or as a crazy and obsessive version of a deredere. This dere type acts like a mix of two types of yandere, the mugai-gata 無害型 (harmless type) and the shuuchaku-gata 執着型 (obsessive type) yandere.

Megaundere characters obsess over their crush to an extreme, putting their love interest on an incredibly high pedestal. They are completly love blind, unable to see any fault in their love interest. They are very agreeable and submissive, to the point that they are willing to give themselves up to their partner like a slave.

Megaundere characters are very easy to manipulate, since they are so loyal to their love interest, making them susceptible to abuse.

Otaku is a term for characters who are obsessed with Japanese-related media.

Otaku (オタク) is the Japanese word for “geek”.

Otaku characters are characters who love anime, video games, and other parts of Japanese culture to the point of obsession. They may collect merchandise from their favorite shows, engage in cosplay, and go to cons.

Many Otaku characters are depicted as being NEETs, or “Not in education, employment, or training.” These characters are antisocial, usually locking themselves in their rooms. They feel safer among fictional characters rather than real people, so their obsession takes over their lives.

Otaku characters may also abstain from having any real-world partners, insisting that 2D partners are better than 3D ones.

Characters with this personality 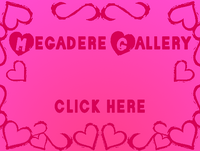