Oujodere refers to a character who is a more gentle and calm kind of deredere, acting ladylike or even like a true princess in front of others.

Oujodere comes from the word "oujo" or "oujou", which means "princess", but different from himedere, oujodere characters are neither arrogant, nor spoiled, nor bossy. Instead, they are kind.

Oujodere is a "lady-like" type of character, whose prim and proper with a strict exterior, but a sweet inside. Unlike himedere, they don't demand to be treated like a princess for their own edification, they just behave like a proper perfect fairy tale-like princess. They are sometimes compared to angels by other characters due to their compassionate and tender actions.

Oujodere is a more mature version of deredere. While deredere characters are more energetic and cheerful, an oujodere is more calm and peaceful.

Miko is a term for a character who is a shrine maiden.

Miko (巫女) is the Japanese term for "shrine maiden."

Miko characters are characters who work at Shinto shrines or temples. When they are working as shrine maidens, Miko are ladylike and proper, acting with grace around others. Some Miko characters carry these characteristics into their everyday persona, while others act somewhat different, though most are still depicted as being fairly kind.

Miko characters may have a layer of mysticism added onto them, since they are connected to the spiritual world, many even being depicted as having supernatural powers.

In historical contexts, Miko would prophesize the future, often in the form of a religious dance. Nowadays, Miko are less serious in nature, being a shrine maiden even being considered as a part-time job.

Yamato Nadeshiko is a term for a character who is a representation of the Japanese ideal of a perfect woman.

Yamato Nadeshiko ( 大和撫子) comes from the words Yamato (大和), which is an ancient word for Japan, and Nadeshiko (撫子), a term for a delicate, pink flower, it’s kanji meaning “caressable child.”

Yamato Nadeshiko characters are characters who embody the virtues of an ideal Japanese woman. The concept revolves around the idea of a girl who is loyal to her family and obedient towards authority figures. They are good at cooking, cleaning, and raising children. Modern Yamato Nadeshiko may study things that were important in Japanese history, such as archery or tea ceremonies.

It is very rare for male characters to fit this trope, but there are some that do. 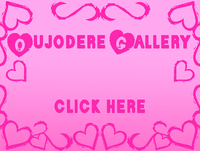