Not to be confused with "Shundere" or "Kuudere".

An "Utsudere" refers to a character who is often sad and depressed for a good reason. They are not sad as often as shundere characters, but they will show more of their depression when their "sad" side appears.

Utsudere characters have a good reason to be depressed, while shundere characters are sad from the start because of their gloomy personality and aura.

This word is a compound of "utsu" (), which means depression, and "deredere" (デレデレ), meaning "lovey dovey".

Utsu 鬱 happens to be one of the hardest kanji to write and has one of the highest stroke orders. It is joked that instead of depicting the meaning "depression", it causes the meaning.

Utsudere characters have a reason for their despair. Examples of such reasons include, being bullied at school, witnessing or being part of a devastating accident or event, having some chronic illness, or having a loved one or other close person dying or being fatally injured, etc. Usually, it is some sort of traumatizing event in their past or present that impacts their lives and/or personality.

It is for this reason that utsudere characters probably had another personality completely different before this impactful change, sometimes shown in the series or not.

However, almost always, they’ll gradually begin to trust others and build relationships after meeting kind people that will help them forget and move on.

Utsudere is often compared as being similar to kuudere, due to them being cool to others and usually not showing emotions. Normally this refers to the happy emotions. Contrary to kuudere, utsudere characters show more emotions of being miserable and hurt than kuudere characters. A Kuudere just wants to live in peace without much drama occurring in their lives and they're completely emotionless most of the time.

Menhera is an aesthetic and style used to represent depression in a more innocent way to normalize these dark themes and problems in Japan.

''"Menhera" is the word that is used in Japan referring to people with mental problems and illnesses. Sometimes, the word is used in a derogatory context. Although lately it has become a fashion to try to normalize mental illnesses, since people who suffer from them are often highly discriminated in Japan.

In fact Menhera (メンヘラ) is an abbreviated word for "Mental healther" and originated on the 2channel board for mental health, "menheru".

Sometimes, utsudere and yandere characters are called Menhera instead by those who aren't familiar with dere types.

Menhera is an extreme and visual representation of mental illness, while at the same time showing depression in a more cute way aesthetically. It is usually used as a form of expression by people who suffer from mental problems themselves, have dealt with such people in the past, or know someone close who has suffered from mental problems.

The Menhera style is based on a "kawaii" appearance but with "illness" themes. This can be represented by pills, syringes, crosses, bandages, and even wrist cuts, but mostly characters dressing in pastel colored clothing with symbolisms that have to do with a mental illness or addictions. They also tend to have a gothic touch in style, combining it with dark accessories. 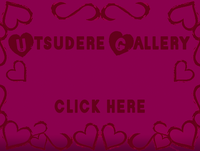