“Zondere” is a term for a character who becomes a zombie.

The term was created in the video game Dead Rising, describing a feature where if you hit zombies more often, then they will attack you less often. The term started being used on the internet to describe zombie characters. [1]

Zondere characters vary widely in personality, though characters who have regained their intelligence are usually somewhat kind. Those who have not, however, are typically very violent, since they are controlled by their zombie instincts.

Zondere characters may have elements of body horror applied to them, such as being able to remove their limbs, eyes, or even their heads and still be able to survive. 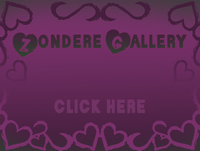